What Businesses Can Learn From Pokémon Go 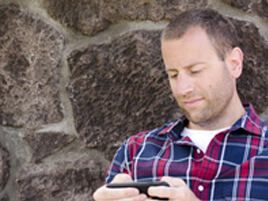 It is fair to say that Pokémon Go is both the gaming and mobile sensation of 2016; the augmented reality app, developed by US company Niantic, had been downloaded 100 million times by the start of August, having only been released at the start of July, and is earning over $12million a day, according to US app analytics company App Annie.

In just over a month it has overhauled app staples such as Instagram, Snapchat and WhatsApp, with website traffic statistic company Similar Web reporting that users were spending 10 minutes more a day playing Pokémon Go than using any of the aforementioned. It even surpassed Twitter in terms of daily active users.

With the game proving to be both a cultural and commercial juggernaut, you would be forgiven for asking yourself what, if anything, your company could learn from it. And while you may not be in the business of tracking down, training and fighting fictional creatures, there are undoubtedly some pointers to be taken from the phenomenon that is Pokémon Go.

It is beyond dispute that Pokémon Go has delivered when it comes to growth; it surprised even its developers and backers when it became an overnight success. However, this meant they were not prepared for it, forcing them to limit the number of users to begin with to keep it working, leading to people across the world clamoring for a product only available to those in Australia and the US.

This is because the release of the game in other countries had to be delayed for days - and in some cases, weeks - due to overloaded servers, which also meant those who could play the game experienced problems with it.

The lesson to be learned here is that if you do not have a strategy to deal with sudden growth, you could see yourself having to turn away business. So, ensure your company can cope with a surge in demand, using scalable technology such as hosted private branch exchange (PBX) and carrier ethernet, so you are well-placed to capitalize on it, instead of alienating prospective customers.

Nintendo is one of the big winners when it comes to whirlwind success of Pokémon Go, with the Japanese video games company having a significant stake in the Pokémon franchise, which started in 1995, and a stake in Niantic.

However, while it may look like a relatively passive benefactor, the fact is that over the last 20 years, Nintendo did a number of things that contributed to the success of Pokémon Go. The most crucial of these was never allowing the Pokémon franchise to die; new video games every two or three years, trading card games, regular movies and an animated TV series all kept money coming in and, more importantly, maintained and expanded the fan base.

The lesson to be learned here is not to be focus so much on moving forward that you neglect to look back; a good product or idea does not necessarily become outdated as time passes, and recycling work certainly should not be seen as lazy or slipshod; it is something big businesses such as Nintendo regularly do when they see potential for growth in an existing product.

The very nature of Pokémon Go, using the GPS of a smartphone or tablet to find and interact with virtual creatures that appear on the screen as if they were in the same place as the player, has brought people together in the real world. As it requires players to go to certain locations, they are meeting, chatting and even becoming friends.

In a world that has been engrossed in getting people to connect and interact online for the last decade or so, getting people to meet and socialize ‘offline’ can actually seem like a novel concept. As such, the lesson here is to change the way you look at your social strategy; could it be extended beyond social media into the real world?

Whether it is having a theme day, attending industry functions or sponsoring an event, think about how you can bring people together in person, and about how you can use technology, be it an app, social network or something else altogether, to do it, enabling attendees to connect both online and face to face.

Pokémon Go is based on augmented reality (AR), which presents a live view of the physical environment overlaid with computer-generated data and effects. This concept had been threatening to break through to the mainstream for the last ten years, but had never been applied in a way that justified the hype surrounding it.

How so? Well, people are discovering businesses because they are PokéStops - places where players can pick up items that enable them to advance in the game - and cannier business owners are placing lures - used by players to help them capture Pokémon - to attract customers. Pokémon Go has taken this a step further by integrating advertising for sponsored locations like restaurants and stores into the app.

There are two lessons to learn here. The first is that the latest technology can quickly go from being niche to being a tool that can improve customer experience. The second is that such technology, if properly integrated and of genuine benefit to prospective customers, can provide a new ways for them to find, browse and buy products and services.

In order for your business to harness technology like AR to provide an advantage or solution for customers, you must ask yourself what the best possible way to use it to present your products and services is, and how it can be used to interact with customers throughout your business.

Dismissed by the uninitiated as frivolous, the fact is Pokémon Go could well have irreversibly altered how cutting-edge technology is applied, how applications are built and how business is conducted both online and offline. While your business is unlikely to be able to replicate a strategy that is built on an alignment of technology and concept, existing audience and legacy, there is plenty to learn from Pokémon Go in terms of seeing potential, engaging customers and embracing the new.

What Businesses Can Learn From Pokémon Go
How to Manage Your Online Reputation
5 Ways Your Business Can Use Pokémon Go
Should you use social media in your B2B marketing?
Social Media Marketing – A Guide for Small Businesses