How a Merger Became an Opportunity for a Phone Upgrade 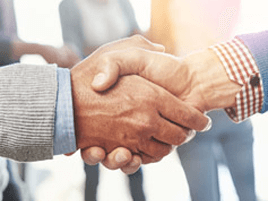 Anyone who’s survived a merger will tell you that it takes a lot of work to knit together office space, organization charts, and corporate cultures, but when it’s handled well the result is worth the effort.

However, some things shouldn’t be merged, and phone systems are at the top of that list.

La-Z-Boy, a leading furniture maker that sells through a retail franchise model across North America, found itself with that exact problem, when they merged with Metro West and BoomCo. La-Z-Boy’s inventory and technology coordinator and only in-house IT staff resource, Deen Mustapha, found himself managing a mess of different technology systems across different locations, with a major challenge being the phone systems. Whenever he wanted to make changes to a system, he had to bring back the original contractors at considerable time and expense, both of which were amplified by the fact that changes had to be completed on site, thus necessitating travel charges. In fact, Mustapha “had to consult four separate contractors to reprogram three different systems across ten locations.”

Clearly, the situation was not tenable. So La-Z-Boy decided to upgrade their phone systems such that all locations across southern Ontario could have a single technology platform.

Mustapha decided to pitch a Hosted Phone System (HPBX) to La-Z-Boy executives. Aside from the fact that adopting a cloud-based HPBX would unify La-Z-Boy’s disparate systems into a single technology platform, Mustapha proved to La-Z-Boy executives that total operational costs for a hosted system would be competitive over time as “eventually we would have to replace legacy systems and hard lines because phone systems don’t last forever—they require maintenance.”

After a ninety-day trial run at La-Z-Boy’s Newmarket and Vaughan locations, La-Z-Boy ended up rolling out Primus’ Hosted Phone System (HPBX) in all of their locations across southern Ontario—which was no doubt a relief to Mustapha, who was relieved of the need to travel across southern Ontario to troubleshoot. In fact, with an HPBX he can remotely administer phones, voicemail boxes, auto attendants, call routing, and more through one management console at his desktop.

On top of the obvious advantage of unifying disparate phone systems, La-Z-Boy’s adoption of a cloud-based PBX has improved productivity in a number of ways. Now, they can easily add new seats and users when they expand their business. Further, they can use one centralized phone number for all locations, making it easy to reach La-Z-Boy for customers and partners alike, something Mustapha notes “would have been impossible to do with the older phone systems.” Mustapha has also launched a project to route calls according to staffing schedules. By always routing calls to locations that have services reps available, La-Z-Boy customers get better service and the company deploys human resources better. La-Z-Boy’s HPBX system also notifies people by email when they have a voice mail, ensuring that no message goes unmissed.

Mergers make for better businesses because they bring together different people and assets in a way that makes the whole greater than the sum of its parts. However, that logic doesn’t extend to like phone systems. When it comes to them, it’s almost always better to go with a single technology platform, and these days, that platform is in the cloud.