Foreign Ownership Rules in the Telecom Industry: It Affects Us All 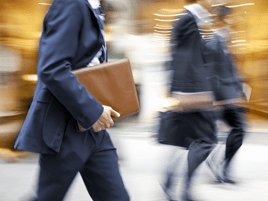 Primus is advocating for removal of the foreign direct investment (FDI) restrictions for Canadian telecom carriers with less than 10% of total telecom revenues. These are the benefits we see for business:

An increased availability of competitive and innovative service offerings will enable SMBs to increase their efficiency and productivity, which will provide significant benefits to both SMBs and the Canadian economy.

Primus believes Canada can do better. "A natural result of greater investment in telecommunications networks will be an increase in the competitive supply for telecommunication companies seeking to expand their networks and service capability and an increase in the availability of alternative service providers to Canadian consumers," said Andrew Day, CEO of Primus, in the company's submission to Industry Canada on the issue. Further, "an increase in backbone and transport network facilities will result in greater competition in the wholesale market and, therefore, increased customer choice."

In a nutshell, Primus has championed these benefits and is a prime example of a telecommunications company that has provided greater competition, innovation and investment in the telecom industry to date under the existing rules. Removal of the foreign ownership rules would allow us an even greater ability to make offerings to you, our customer, that will help you thrive and grow. Giving us stronger flexibility to go about our business will, in turn, increase your choices as to how you go about your business. We encourage - and want to participate in - the continued development of a world-class Canadian telecommunications industry.

What's next
The government is currently reviewing the Standing Committee's 5th report, which examined the issue of foreign ownership under economic, social and equity and cultural considerations.

Primus encourages our readers to research the issue and get involved. Examine the pros and cons of opening up foreign investment as outlined in the Report of the House of Commons Standing Committee on Industry, Science and Technology on Canada's Foreign Ownership Rules and Regulations in The Telecommunications Sector and read Primus' full Submission to the Industry Canada Consultation on the Foreign Investment Restrictions in the Telecommunications Sector.

We would also encourage you to tell us what you think. Send your comments to business@primustel.ca.

Information Technology Conferences for 2018
Working from home or anywhere else in the world: Globalize your Small Business
Where are your servers?
Whats the Right POS Solutions For Your Business
Developing a plan for the Web