Understanding T1 Lines: What You Should Know 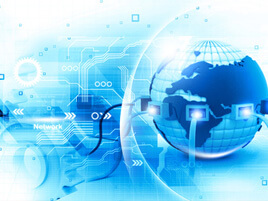 Understanding T1 Lines: What You Should Know

T1 internet services are an extremely reliable and powerful option, most commonly used for businesses. Despite all the newer, faster options on the market, T1 lines are still something you may want to know about, given their reliability and guaranteed speeds.

If you’ve been exploring business options for internet service, T1 lines and cable internet services are two options you might have come across. If you’re not familiar with managing internet connections for businesses, you’re probably more familiar with cable internet. It’s affordable and functional, relying on a hybrid of coaxial and fiber optic lines to maximize bandwidth. Nevertheless, cable internet does not offer guaranteed speeds like T1 lines do, and the strength of the connection may fluctuate depending on the usage of other end users nearby.

Another option you may have stumbled upon for internet services is Digital Subscriber Lines, which are commonly abbreviated as DSL. This type of internet service is normally used for small businesses with around ten employees or fewer. DSL is almost always cheaper than a T1 line, but it is also substantially less powerful and effective in terms of reliability and consistency. Moreover, DSL isn’t always available everywhere, whereas you’ll be hard pressed to find an area that doesn’t offer access to a T1 line.

With T1 internet, you’ll enjoy symmetrical speeds, which means that your upload speeds are as high as your download speeds. Having symmetrical speeds allows you to perform mission critical business functions that require low bandwidth but stable speeds, such as Hosted PBX systems. T1 lines also have very low latency, which means you’ll experience better performance for real-time applications like voice and video calls than DSL or cable and a more reliable connection.

T1 Internet typically comes with a service level agreement (SLA). The SLA guarantees certain performance levels and up times. You can expect up-times of 99.9% with a T1 Internet connection.

When you’re looking at T1 lines, it’s also worth considering bonded T1. This is where one or more T1 lines are grouped together in order to create a connection with double or triple the bandwidth of a single T1. It will cost you more in order to upgrade to bonded T1, but your business can operate at twice the speed it would with an ordinary T1 line.

Reliability is key to the value of a T1 internet connection, making it an essential component of a business’s connectivity.

Generally, T1s are known to be more reliable than DSL and cable, and if a particular area goes down due to bad weather, for example, those with T1 lines will have their connections up and running first before those with DSL or cable connections. MTTR (Mean Time to Repair) can be as little as 4 hours for T1 connections vs a MTTR of 48 hours for DSL/Cable connections.

Drawbacks of a T1 Line

In addition, overall speed can be an issue for some organizations. Whilst T1 lines offer acceptable internet speeds for small businesses, their limited bandwidth can pose issues for a business aiming to expand or wishing to utilize a wide variety of internet-based features on a regular basis. Smaller companies can function effectively through the use of T1 technology, whereas larger ones may need to consider bonded T1 for a stronger connection or an alternative technology altogether.

If you’re looking for a great way to upgrade your internet connection, a T1 line is an efficient way to do it. Look for bundled services that will give you an internet connection along with reliable telephone services, and you can enjoy all the benefits that T1 lines have to offer in one compact package. A T1 line is an investment that can more than pay for itself in improved efficiency, connectivity, and reliability.

4 Types of Security Threat to Your Small Business
How to speed test your internet connection
Why does high speed Internet matter for my small business?
10 Small Business Trends for 2018
What To Do If You’ve Suffered a Data Breach