The Biggest Tech Trends of 2019 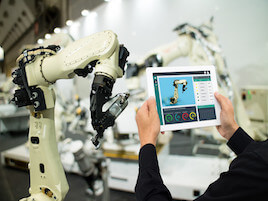 There’s some very cool technology on the horizon, but what’s happening right now? In 2019, expect a sobering re-evaluation of crypto, better understanding of blockchain, a trend toward data protection, the rise of edge computing, and the never-ending IoT botnet problem getting worse.

We’ve seen a massive boom in the value and number of cryptocurrencies. But we’ve also seen some sober second thoughts in the area. The value of Bitcoin, the most well known cryptocurrency, has steadily decreased, share prices for graphics cards are coming down to earth, and the sector is losing that get-rich-quick sheen. Here are three obvious cryptocurrency predictions for 2019. One, the number of defunct currencies (i.e., dead coins) will continue to grow. Two, the SEC and other regulators will continue to investigate many cryptocurrencies as scams. And three, we’ll see yet more very silly ICOs.

A surprisingly large number of people don’t know that blockchain isn’t necessarily synonymous with cryptocurrency. That’s too bad, because blockchain is very interesting technology that is very poorly understood. And yet, it has so many unique applications. Take for example Power Ledger, a peer-to-peer marketplace for renting energy. Hopefully, as some of the more nonsensical parts of cryptocurrency disappear, more people will understand blockchain on its own terms.

The Growth of Data Protection

Now that the benefits of cloud computing are well understood, many companies are moving data and applications to the cloud. However, putting every single thing in a centralized data centre can cause latency issues. Enter edge computing. In between the cloud and the user, “on the edge”, imagine mini data centres where everything time-sensitive can exist, with all the benefits of the cloud but without some of the latency problems that come with heavy centralization. Indeed, edge computing might be worth $6.72 billion by 2022.

By 2020, there will be 30 billion IoT devices in the world, up from the current 20 billion. Many of those devices will have poor security, and many will be gathered up into massive botnets. In 2018, IoT botnet growth was a hot topic amongst the IT security crowd. In the future, non-security people will learn more about the subject as DDoS attacks increase. Sobering? Yes. But as more people have come to understand, IT security can’t be taken for granted.

Co-Sourcing for Success
Where are your servers?
Effective strategies for managing the multi-location office
Ten must-have technology tools for small business
The Communication Problem Modern Businesses Face (And How to Solve It)